I have wanted to build a monitor for our Cruise Control build server ever since I heard about the use of lava lamps to report the build status. The “easy” way seems to be to use an X10 automation system but unfortunately I have not been able to find that for sale in Japan. (It probably conflicts with local radio licensing laws. )
Our builds have been staying broken for tool long. The email notification  does not seem to encourage the fixing of the build. We definately needed something more obvious to show the build status. So when I recently found that there was a 4-way USB relay board available at a fairly reasonable price from Elefine I decided to build my own monitor. The hard part is controlling the power from the computer and the relay board takes care of that. Once I got the board all I needed to do was put it in a case and create some driver software to control it. 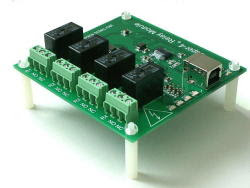 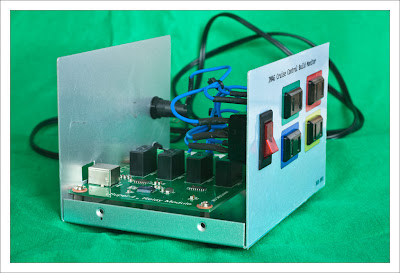 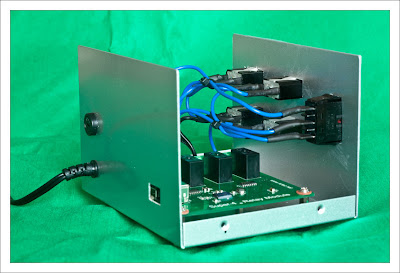 For the lamps I decided not to use lava lamps because they will have to sit on the desk in the office and they tend to run very hot.  Instead I have adapted a small globe light, taking out the normal bulb and replacing it with two separate lights, one red and one green.
For the software I had already made a cruise control monitor plugin for QtCreator so I had most of the code already. All that was needed was to add code to switch the relays on and off depending on the build status. I tried to use the DLL which is provided by emx for the relay board but that did not work well – causing the program to crash on exit. So instead the code uses their command line utility for controlling the board.
at 13:37 No comments: