I have had a blog in blogger.com since around 2009, but it has been dead for several years. However, recent conversations in the Perpetual Beta Coffee Club community have led to a new appreciation of the value of the share part of Harold Jarche’s seek-sense-share framework.

I think that previously, probably learned during research at University, I had the idea that knowledge is something that you acquire. I read somewhere recently that in academic circles “knowledge accrues status”, so tends to be horded. I have recently become interested in how teams learn (or more normally don’t) so have been doing significant reading on situated learning and communities of practice. This makes it clear that “negotiating meaning”, to use Etienne Wenger’s phrase, is a fundamental part of learning in a community of practice. Or in other words, sharing what you know is an important part of engaging with others to improve your own knowledge.

This is a convoluted way of saying I decided it was time to try to restart the blog. While the blogger platform worked, I was never very happy with that approach. Then through conversations with Julian Elve I discovered static site generators, more specifically hugo and the wowchemy templates. The blog posts are stored as markdown files in github then automatically built into a static site. This seemed a significantly better approach and gives much more control over the data.

The conversion to the new platform is still a work in progress. Exporting the old data from blogger worked thanks to a python script, but images are not working correctly yet so that is something I still need to fix. 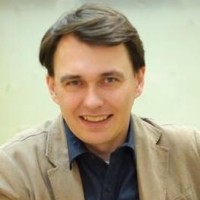